Labour have been criticised after only two of their MPs put themselves forward to sit on the House of Commons’ Welsh Affairs Committee.

Out of 28 Welsh Labour MPs, only Paul Flynn and Geraint Davies put their names forward, even though Labour would have secured three or more seats on the committee.

The Welsh Affairs Committee scrutinises the the UK Government’s relations with Wales.

At the end of the previous Parliament, the Committee had 5 Conservative MPs, 3 Labour MPs, 1 Plaid Cymru and 1 Liberal Democrat.

Ceredigion MP, Ben Lake, who put his name forward to represent Plaid Cymru on the committee, said that it was “sadly reflective of the Labour Party’s apathy towards Wales”.

“Their empty promises of ‘standing up for Wales’ and to ‘stop the Tories trampling all over Wales’ are frankly laughable when we see the reality of how little they do in Westminster,” he said.

“That only two Labour MPs can be bothered to scrutinise the Tories is as frustrating as it is insulting. Perhaps more worryingly, it is the same lethargic and apathetic Labour Party that is running the Welsh Government in Cardiff.

“The Welsh Affairs Committee produces crucial work and was influential in the previous Parliament on matters such as railways, the steel industry and agriculture. It’s important that MPs take this work seriously.”

This is very strange. There’s going to be a monumental vote on Tuesday to decide the makeup of the committees, with the Tories saying they should have majorities and everybody else saying this would be affront to democracy.

Yet here we are with Labour and the Tories both only put two names forward for Welsh Affairs Committee.

When it comes to Wales, normal rules don’t apply.

Normal rules Dont apply to UK plc. Your thinking ..As if there was Democracy. There Is`nt. N Labour are employed by the PLC. N labour will put MP`S into position In order to put the KYBOSH ON ALL WELSH ATTEMPT`S AT Gaining any sort of democracy outwith the control of Westminster`s boardroom. In UK plc……. Certainly seems that way. N labour have been doin this in Scotland and the RUK. at the behest of the Corporation. Labour Do not exist in the Ideal of a socialist movement. That was subverted LONG LONG AGO. Labour Whatever Branch. SLP. OR WLP. are… Read more »

I looked in vain for this story on BBC Wales and of course it’s not there. BBC Wales have just got a fawning piece on Tony Blair and a crappy little stiry about councillors attending meetings by Skype. BBC Wales aren’t actually a new service and someone should ask questions about how exactly they reflect ‘Welsh’ news.

Youshould have a look at How the BBC attacked all things Scots. They helped subvert democracy. N help steal Scots independence. Scotland DID NOT VOTE NO. .. Scotland Voted YES. . BBC is no more that a UK propaganda outlet. Just a UK mouthpeice. UK IS A CRIMINAL OWNED CABAL.. Dissolve the UK plc. n shut down the BEEP. Worse that the old guard PRAVDA in communist USSR. way back . They are everything we should be clearing out. n detrimental to the four nations of these islands.. Bullshit Bollocks Crap. No where on this planet Is the BBC considered… Read more »

You only need to look at some of those so-called Welsh Labour M.P’s to recognise a motley crew of careerist chancers. Flynn is “old school” but at 81 still willing to do this type of work for his patch and the country, while Davies’ past track record has been patchy ( e.g expenses ) but seems willing get stuck in. But where are all the other mouthy poseurs ? Too busy jostling for some other more high profile career enhancing opportunities, no doubt. Will anybody hammer home this point to the Welsh electorate, even the other parties seem a bit… Read more »

A continual dominance of the Left in Wales has bred apathy. Especially, in this case, as it is the unionist Left. Plaid Cymru at least have a driving passion reinforcing them in wishing to see the liberation of their country. Labour is the Welsh establishment; they could not care less about promoting true positive results in our country. Because that would mean change.

It would be really interesting to get under the bonnet of some of the Westminster Politicians in Wales and get a better understanding of what makes them tick, why they are doing it, how they got where they are, their affiliations and allegances – what sort of person they are etc. etc. They never seem to be accountable for the ways in which they vote – very few actually get to know about the things that they vote on and they hardly ever have to explain themselves publicly. We only ever see a small number of Welsh politicians – some… Read more »

Sut mae Bawb! Well, you’d expect nothing else from a load of Marxist Leninists would you: they’re in power, and save that someone can come up with a way of shaking ’em out, they’ll stay in power. The comments posted do show a weakness in the media to report our politics. Until we get a welsh media that reports our politics, we’ll be left out (felly, da chi Nation.Cymru). The converse of that is: are we in general really interested in welsh news? Scotland has national papers: we don’t. There was a campaign for a welsh daily paper about 7… Read more »

I doesn’t matter how diabolically Labour run Wales, they’re now ahead by a large margin. Even the tories are comfortably ahead of Plaid.
Plaid needs a new leader, and a relaunch, and whole new set of priorities, otherwise it’s dead.
No Plaid leader has been so good at getting UK-wide recognition as Leanne Wood, and yet the party is going backwards. Its message is not getting through, and its message is indistinguishable from what labour offer.
If there’s an election now, Plaid are down to two seats.
That should set minds thinking in Ty Gwynfor. Some serious re-thinking needed, and change at the top.

Let us hope that the old adage that the effectiveness of any committee is inversely proportional to the number of its members applies (at time of writing there will be 6 of a possible 11 members the Commons Select Committee on Welsh affairs). Is the committee just a talking shop? The terms of reference of the Commons Select Committee on Welsh affairs are to examine matters within the responsibility of the Secretary of State for Wales, but since devolution that role and the role of the Wales Office have diminished and some have suggested that UK government departments responsible for… Read more »

If Labour thought the Welsh vote was not automatically theirs they’d act differently.

2 out of 28 Welsh Labour MP’s standing up for the interest of Wales indicates a work overload for 26 MP’s or their attendance & interest in the delights of Soho or Clapham Common or maybe Keep Fit classes ! Or possibly being entertained at the Israeli Embassy to become members of the Friends of Israel ? 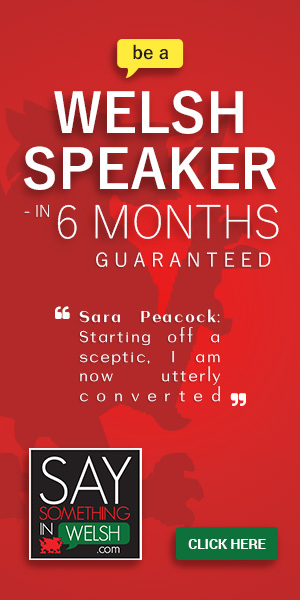